More than one week after the 2020 election, officials in Wisconsin and across the country are fighting misinformation and conspiracy theories spreading from the internet and Republican politicians.

On Tuesday, for the second time since the election, the Wisconsin Elections Commission (WEC) was forced to debunk a number of false claims about the administration of the state’s election — some of them originating from baseless conspiracy ideologies such as QAnon.

“Wisconsin’s election was conducted according to law and in the open,” WEC Administrator Meagan Wolfe said in a statement. “While the results are still unofficial and are currently being triple checked as part of the canvass and certification process, we have not seen any credible information to cast any doubt on those unofficial results.”

“When issues are reported to our office, we take them very seriously,” she continued. “We look into each allegation and request evidence from parties involved. At this time, no evidence has been provided that supports allegations of systemic or widespread election issues.”

Across the state, county clerks and boards of canvass are working to certify the results of Wisconsin’s election. The state has a three-layer system of checking results which includes a municipal canvass, a county canvass and a state certification by the WEC. This process also includes an audit of tabulating machines to insure the system worked correctly.

One of the false claims spreading since the election is that people’s votes weren’t counted because the state’s MyVote online system may not yet show a vote has been recorded. This is not because the vote wasn’t counted, but because it can take 45 days for local clerks to record participation and load into the statewide system, Wolfe said.

Conspiracy theorists have also been using minor data entry issues from news media that reports unofficial results as evidence of inaccuracies in the vote count. For example, the Associated Press (AP) transposed the vote totals for President Donald Trump and Joe Biden in Rock County on election night.

“Several people have contacted us about discrepancies they may have seen in unofficial results on media websites or TV broadcasts on election night,” Wolfe said.  “They believe that these reporting errors are evidence that vote totals were somehow changed or flipped. Nothing could be farther from the truth.”

The error was quickly caught and corrected, but screenshots of the error have been used to falsely show the two candidates had results flipped. This data error only occurred in the AP totals and Rock County officials actually counting ballots never had a problem.

“Voters should be extremely cautious about drawing any conclusions based on changes in numbers during election night reporting,” Wolfe said.  “The news media is doing its best to report accurate results, but sometimes they make minor mistakes.  These errors have nothing to do with Wisconsin’s official results, which are triple checked at the municipal, county and state levels before they are certified.”

Baseless claims of fraud in Wisconsin have been started because of the time at which some of the state’s largest cities reported absentee vote results. Milwaukee, Kenosha and Green Bay all reported absentee vote totals in the early morning hours of Nov. 4. This is because all three cities use a central count location to tally absentee ballots, not because the count was tampered with or fraudulent.

Central count locations are a single site used to tally all of a city’s absentee ballots, rather than being tallied at individual polling places. State law requires central count numbers to be reported all at once, which as a result of the high number of absentee ballots cast in this election came early Wednesday.

“Due to the pandemic and the high number of absentee ballots, it took until early Wednesday for all the unofficial results to come in,” said Wolfe. “It does not mean something went wrong — it means election officials did their jobs and made sure every valid ballot was counted.”

Milwaukee and Green Bay provided livestreams of the vote counting at their central count locations but Wisconsin Republican officials including Assembly Speaker Robin Vos have still tried to cast doubt on the results from Milwaukee.

Vos has called for the Assembly’s elections committee to investigate reports of fraud in Milwaukee, despite no evidence showing fraud occurred.

Some of the more bizarre conspiracy theories in Wisconsin, claims that the use of felt-tipped pens and watermarks disqualify one party’s ballots, have also popped up in other states. Neither of these theories is true.

The use of a specific type of pen does not disqualify a ballot.

Wisconsin’s ballots are printed by all 72 of the county clerks and do not include any watermarks, much less watermarks that would indicate which party a person voted for.

“The secrecy of your ballot is safe,” Wolfe said.  “Clerks do not print any watermarks or codes on them that would identify any voter or political party.”

Another claim being spread in Wisconsin’s conservative media is that poll workers illegally tampered with ballots. This is not true. Guidance from the WEC introduced by the body’s Republican members and passed unanimously in 2016 allows poll workers to add a witness address to a ballot if it is missing. This is only possible if the address is known to a poll worker or can be determined through reliable information.

The state’s voter rolls are also under attack by Republicans who assert that because more than 230,000 people weren’t removed from the voter rolls by the WEC, fraudulent votes were cast.

The WEC has not removed those voters from the rolls because litigation in the case is still pending. The Wisconsin Supreme Court heard arguments in the case in September and has not yet made a decision.

Even so, this does not open the state up to fraud. Voters need to show an ID to vote and if they have moved, they need to update their registration. Safeguards such as Wisconsin’s strict voter ID law prevent fraudulent votes by dead people.

President-elect Biden is projected to have won Wisconsin by more than 20,000 votes. Voter fraud is so rare in Wisconsin it is unlikely it occurred at a scale so large it would flip the results. In the five elections prior to the 2020 presidential, Wisconsin voters cast 7 million ballots and only 19 cases of voter fraud were reported, according to WEC data. That makes Wisconsin’s rate of reported election fraud in Wisconsin 0.00027%.

The 19 cases the WEC reported only include cases that municipal clerks refer to their county district attorneys, which are then reported to the elections commission. Voter fraud in Wisconsin is a Class I felony that carries a maximum sentence of 3.5 years imprisonment and a $10,000 fine.

As of Nov. 11, 49 counties have already completed their boards of canvass and sent results to the state to be certified. The WEC is meeting on Dec. 1 to certify the results. 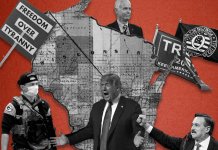