In the Milwaukee area, investigations into police shootings are handled by a network of detectives, supervisors, and other personnel from every nearby municipality. Dubbed the Milwaukee Area Investigative Team (MAIT), it replaced the state Division of Criminal Investigations (DCI) in 2016 as the main entity handling the area’s officer-involved shootings. Rather than requesting help from DCI, local departments rotate in and out as the lead agency for one another’s shootings.

This system of rotating local departments has always raised the question of how independent the investigations are. A series of Wauwatosa Police Department (WPD) emails, obtained through open records requests, further prods the issue.

Some of the messages in the department’s emails pertained to a detailed department report on the shooting of 28-year-old Antonio Gonzales in July 2015. WPD officers had been called to respond to complaints that Gonzales was intoxicated and being disorderly at his home. After two officers arrived, he exited the house with what appeared to be a sword. Officers say they fired after Gonzales approached them, and refused to drop the sword. This was the first of three shootings that involved the now resigned officer Joseph Mensah.

A year prior, the Micheal Bell Law passed and mandated that outside agencies investigate police shootings in Wisconsin. Thus, Gonzales’ shooting was investigated by the Milwaukee Police Department (MPD). Shortly before the case was ruled justified in September 2015, former WPD Lt. James Mastrocola emailed Wauwatosa Police Chief Barry Weber and others about a conversation with a MPD lieutenant involved in the investigation.

“He was present at the meeting at the DA’s office this afternoon,” the email, sent on Sept. 30, read, “regarding our OIS (Officer-Involved-Shooting) in July. He believes things went well for Jeff and Joe and believes John Chisholm will render a positive decision for Jeff and Joe with a week’s time.”

On Nov. 6 2015, after District Attorney John Chisholm’s ruling, WPD conducted its own review into the shooting, which is contained in the recently released internal emails. Below a brief summary of the incident a section states in bold lettering that the report is, “focused on identifying anything that could be ‘learned’ from this unfortunate encounter.” In another portion entitled “working with MPD” the report states, “members from the Wauwatosa Police Dept. were updated daily about the progress of the investigation and included in all aspects of the investigation, including every officer and witness interview.”

The review further highlighted that WPD detectives identified a number of witnesses to the Gonzales shooting. “Identifying these witnesses early greatly assisted the investigators from the Milwaukee Police Dept. in identifying how much personnel and resources they needed to effectively and efficiently conduct this investigation,” it reads.

The internal emails, however, suggest that cooperation between MPD and WPD went beyond these logistical realities. If accurate, the report shows that WPD was informed of the Gonzales investigation throughout the process, including the final days before the decision was announced. Investigators also strategized how to best deflect media scrutiny by working with MPD. Chisholm told Wisconsin Examiner that he was made aware of the emails by attorneys for the families of the deceased, Kimberley Motley and Deja Vishny, shortly after the pair secured them from WPD.

“All I can really say about it is there’s limits to what I can control,” the district attorney explained. “During an investigation, and particularly an officer-involved investigation, I have tended over the years to go in the direction of letting everybody see everything. So, it’s sort of a departure from the traditional way you’d investigate a crime. But particularly allowing the families and their attorneys access to everything that’s going on in the investigation. That’s always created a little bit of a dilemma in that it’s still an ongoing investigation. But you’re also allowing them with complete access to everything for the specific goal of allowing them to see that nothing is being hidden.”

Granting that access also allows Chisholm and his colleagues to discover new information about the incident. “An example in this particular case would’ve been the fact that Wauwatosa actually released videos to the original attorney team,” said Chisholm. Although the videos were turned over in an open records request, Chisholm notes that some of those videos were not turned over to the same MPD lieutenant mentioned in the emails. “So it’s not until you’re meeting with the attorneys and the families that they’re saying, ‘Well, what about these videos?’ And we’re saying, ‘What videos are you talking about?’”

To avoid that, Chisholm argues that there must be some line of communication between the investigating and involved agencies. “It’s just a practical reality,” says Chisholm. “Did it go too far? I can’t answer that.” The district attorney further states, “All I can tell you for certain is that does not influence my decision making in any way, shape, or form. Nor does their interpretation of what I’m looking at or what I’m saying influence the final decision.”

It should be noted that although MAIT conducts the investigation which informs Chisholm’s decision, he does not have a command role over the team. Individual MAIT investigators report to a supervisor, who then reports to the Milwaukee County Chiefs Group. The group also receives an annual report from MAIT on its activities.

Some aspects of Milwaukee’s format for police shooting investigations are not perfect, Chisholm says. “I don’t think it’s ideal,” says Chisholm. “I think you want to maintain as much independence as you possibly can. But the reality is the system in place we have right now is infinitely better than anything we had before, after passage of the law requiring us to have outside investigators. I do think that process is much better including the Milwaukee Area Investigative Team, the use of DCI when appropriate, and the use of MPD for suburban agency officer-involved shootings. I think that process has evolved and become much better than it used to be, which was basically just to have the department investigate itself.”

Still, the email discussing media scrutiny caught Chisholm’s eye. “That’s even kind of interesting,” he said, ”because you don’t get much help from me if you’re a law enforcement agency trying to decide what kind of information to put out. Because I have to govern my response by the special rules covering a prosecutor. And our rule is that you don’t comment on pending investigations, you don’t release any part of the evidence before the case has been investigated.”

Yet, the public still has a right to know what their public officials are up to. “So increasingly what you’re finding is that police agencies, the legal advice they’re getting from their city attorneys and their corp. counsels, have really been going towards releasing more early. Particularly in this age of body cameras. Again, that’s just a fine balance in that you put information out there too quickly before it’s been synthesized. And it can create an improper perception, one way or the other.”

He adds that, “to the extent to which they are talking to each other about how to do it, who takes the responsibility for that, it doesn’t set off any huge alarm bells for me. Because it is a topic of intense discussion in a lot of these cases. You know, how much do we put out, how quickly do we put it out, and in what form do we put it out. Do we put out the raw video or do we edit it? All those things are things people are struggling with now.”

Attorney Deja Vishny, one of the lawyers now representing the Gonzales family and others, questions the MAIT’s independence. “In my opinion there shouldn’t be a Milwaukee Area Investigative Team,” says Vishny, who’s also a criminal defense consultant and trainer. “These police departments work very closely with each other. They know each other, and it does not seem to me that the investigation is wholly independent when the police departments in this region are investigating each other. You know, Wauwatosa investigates Milwaukee, then Milwaukee investigates Wauwatosa, so on and so forth. I question the independence here.”

Vishny also argues that it is, in fact, difficult for police officers to remain objective when investigating one another. “There’s already, clearly, great cognitive bias in favor of the police by any law enforcement agency investigating another law enforcement agency,” says Vishny. “There’s a definite desire or, perhaps it’s an unconscious desire, for one officer to clear another police officer and call a shooting justified. It’s an incredible problem in the United States.”

According to a website which maps police violence nationwide, 98.3% of killings by police from 2013-2020 have not resulted in officers being charged with a crime. Vishny argues this statistic is largely due to “the bias inherent in law enforcement and law enforcement investigators. In other words, it certainly appears they set out to clear the officer on many occasions, and this bias is brought into it. So there really needs to be a completely outside, neutral set of investigators looking at these cases. The system right now in Milwaukee, as well as in many other places, really seems designed to clear the police officer.”

Beyond the system and individual investigators, “the state of the law protects police officers, and they’re treated differently than ordinary citizens,” says Visnhy. “You can bet that if ordinary citizens were shooting people multiple times on multiple occasions, that it would be really doubtful that they would never be charged with a homicide. I just can’t imagine that occurring.”

One potential policy suggestion has emerged from the months of Black Lives Matter protests in Wisconsin. Some groups of activists, particularly the Milwaukee Alliance against Racist and Political Repression, are pushing  for civilian review boards for the police. Dubbed Civilian Police Accountability Councils (CPAC), these would bring the power to hire, fire, and discipline officers back into the hands of the community. While that’s an idea, there still remains the issue of who will conduct investigations. Death investigations are complicated tasks, which involve niche  fields within law enforcement.

“It sparks a fierce debate,” said Chisholm. “There are, of course, some ‘negative models.’” Another option could be taking the responsibility to make the final decision on a police shooting away from the local district attorney. Chisholm sees pros and cons to that.

“Many of the states are still controlled by a very conservative legislature, and court, and attorney general. Whereas the major city may have a very different political philosophy there.” 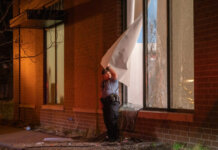 Emails raise questions about the independence of police shooting investigations

How close to the investigation should the involved department be?