“I think we all should want to restore the confidence in our election system,” said Sen. Ron Johnson as he kicked off his last hearing as chairman of the Senate Homeland Security and Governmental Affairs Committee on Wednesday. In fact, the hearing aimed to do just the opposite. Its purpose — “examining irregularities in the 2020 election” — was to sow doubt and undermine confidence in the election.

“Even though courts have handed down decisions, and the Electoral College has awarded Joe Biden 306 electoral votes, a large percentage of the American public does not believe the November election results are legitimate,” Johnson lamented. “This is not a sustainable state of affairs in our democratic republic.”

Gee, how did that happen?

Could it be because Johnson, one of President Donald Trump’s chief enablers, refused to admit Biden won right up until the eve of his hearing, long after the results were clear? Might it have something to do with baseless accusations of “fraud” and “irregularities” — which Johnson gave yet another airing at Wednesday’s hearing?

“We have known for weeks that there was no widespread voter fraud, a fact that President Trump’s own Department of Justice has confirmed,” Sen. Gary Peters (D-Mich.), the ranking Democrat on the committee, pointed out, struggling to bring a dose of reality to Johnson’s circus, which featured Trump campaign attorneys and paid Trump apologist Ken Starr.

“There was no election interference,” Peters stated clearly and factually. “The election wasn’t rigged. In fact, independent election security officials at the Department of Homeland Security have called this election ‘the most secure in American history.’”

The official who said that — and was promptly fired for it by Trump — actually testified at the hearing. Much to Johnson’s dismay, Chris Krebs, the former head of the Homeland Security Department’s cybersecurity and infrastructure security agency, succinctly deflated Trumpworld fantasies about fraud. Krebs overcame Johnson’s frequent interruptions to point out that all the ballots in the swing states where Trump alleged “massive fraud” were backed up by paper ballots, and therefore the idea that voting machines were manipulated was absurd.

According to Johnson, there are “many reasons” for voter skepticism, including “today’s climate of hyper partisanship,” which he blamed on “efforts to delegitimize the results of the 2016 election” — you know, the election Hillary Clinton promptly conceded to Trump?

Half-way through the more than three-hour hearing the genius of the GOP strategy became clear. Never mind that the Electoral College has voted and even Mitch McConnell has admitted Biden won — and is now trying to arm-twist the hardcore crazies in his caucus to drop their fruitless plans to refuse to recognize the results when they come before Congress on Jan. 6. The real strategy here, spearheaded by Johnson, is to lay on the B.S. so thick that the opposition gets exhausted just wading through it.

Who can stand to listen to this stuff?

Johnson and Peters got into a testy exchange, with Johnson angrily banging his gavel, when Peters attempted to set the record straight on Johnson’s crackpot conspiracies.

At the end of the hearing, Johnson took a detour to reiterate his advocacy for COVID-19 snake oil remedies.

Fellow snake oil salesman Sen. Rand Paul (R-Ky.) bolstered Johnson’s persistent, baseless claims that “we know there was fraud” in the election, even going so far as to claim that the election was “basically stolen.”

Jim Troupis, the Trump campaign attorney whose lawsuit was kicked to the curb three times in Wisconsin courts, got to take another run at explaining why more than 200,000 votes in the most Democratic areas of the state were “illegal” and should be thrown out (including, inconveniently, his own vote).

Troupis, Johnson and Paul took turns misstating facts about fraud and Trump’s lawsuits in Wisconsin. Johnson took the lead, encouraging Troupis to explain that his lawsuit was rejected for “procedural” reasons and the court never ruled on its merits. In fact, conservative Wisconsin Supreme Court Justice Brian Hagedorn, in his majority opinion, specifically stated that Troupis’ effort to disenfranchise voters who identified themselves as indefinitely confined due to illness was “without merit.” The rest of the suit, challenging longstanding elections procedures, came too late, “long after the last play or even the last game,” Hagedorn wrote for the majority. “[Trump] is challenging the rulebook adopted before the season began.”

The thing about endlessly rehashing baseless claims is that, eventually, people start to go numb and let things slip by. This is the triumph of the Fox Newsification of politics. People get sick of it and tune out.

Take this gem: “It’s important,” Rand Paul said, “to understand what courts are saying and not saying — the courts have not said there wasn’t fraud. Courts just simply didn’t rule on or hear from the fraud.”

“There is no credible evidence of misconduct or wide-scale fraud,” Reserve Judge Stephen Simanek said from the bench, ruling against the Trump campaign’s lawsuit in Wisconsin.

U.S. District Court Judge Brett Ludwig, a Trump appointee who ruled against Trump in one of two federal suits he lost in Wisconsin, wrote “A sitting president who did not prevail in his bid for reelection has asked for federal court help in setting aside the popular vote based on disputed issues of election administration, issues he plainly could have raised before the vote occurred.”

“This court allowed the plaintiff the chance to make his case and he has lost on the merits,” Ludwig added. “In his reply brief, plaintiff asks that the Rule of Law be followed. It has been.”

Here is the dangerous conclusion reached by committee member Rand Paul, which has the veneer of reasonableness about it. Conceding that the GOP is going to have to move on from pretending Biden did not win the election, he said,  “But moving forward, we’ve got to change the rules or reevaluate our state rules, in order that this doesn’t happen again. We can’t just sit by and say, you know, we’re gonna let it happen again.”

Nor should we, the voters, sit by and let Republicans try to subvert another election based on lies and crackpot conspiracy theories. 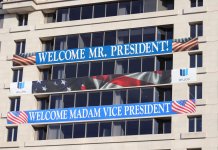 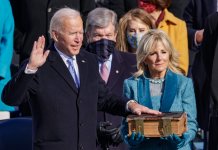