These are no ordinary times. But we cannot afford a Congress that fails to juggle the multiple crises enveloping the nation. As the incoming administration of President-elect Joe Biden crafts plans to get the pandemic under control, they will also have to contend with the forthcoming decision in the U.S. Supreme Court to repeal the Affordable Care Act (ACA). Given the enormity of these twin challenges facing the U.S. health care system, the nomination of Xavier Becerra, the ACA’s defender-in-chief, to lead the Department of Health and Human Services is a superb choice.

For the past four years, Americans have watched the Trump administration repeatedly and relentlessly work to undermine the ACA — even after a national public health emergency emerged. Confirmation of a true health care champion to serve as secretary of HHS would represent a monumental shift, and a clean break from the past four years.

The ACA is a lifeline for more than two million Wisconsinites with pre-existing conditions, including those who previously received life-altering bills when exceeding caps on insurance plans. More than 400,000 Wisconsin residents depend on the ACA for health coverage, a number expected to increase due to the economic devastation wrought by the pandemic, which has left nearly 20 million Americans unemployed. As COVID-19 continues to impact Wisconsin and the country, job growth has slowed making access to affordable health care more important than ever.

If the ACA is repealed, coverage for more than 25,000 children could also be lost. Without the ACA, insurance companies would no longer be required to cover basic preventative care such as vaccinations, routine cancer screenings and mammograms. Some Wisconsinites may not even be able to access these preventative services, as states like ours are at risk of losing hundreds of millions of dollars for rural hospitals, which are increasingly facing closures nationwide.

As Americans  continue to contract COVID-19 in harrowing numbers it is essential that the new administration begin its efforts to curb the pandemic with a secretary of Health and Human Services in place on day one. A co-sponsor of the Affordable Care Act in Congress, Becerra has both a deep, demonstrable understanding of the challenges facing the healthcare system and has played an integral role in fighting off misguided attempts to repeal the ACA as attorney general of California. In that role, he has led the coalition of more than twenty state attorneys general protecting against Republican-led efforts to repeal the Affordable Care Act in the California v. Texas case currently pending before the U.S. Supreme Court.

More than 5,000 Wisconsinites have died from COVID-19. More than half a million have been infected. And nearly 20 million Americans have lost their jobs — including, in many cases, the employer-sponsored health insurance that went with them. This reality underscores the importance of having Attorney General Becerra in place at HHS without delay.

Particularly as the decision in Texas v. California approaches. If the court ruling requires dramatic changes to the U.S. healthcare system it will be absolutely essential that the leadership of the Department of Health and Human Services can effectively manage those impacts in the midst of the pandemic.

There is far too much at stake, and no time to waste. The Senate should work quickly to confirm Xavier Becerra as the next Secretary of Health and Human Services as a good faith first step in working with the Biden administration to get the pandemic under control and improve the health of Americans across the country. 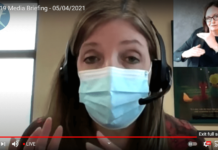 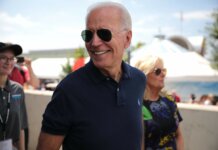