Most Wisconsin law enforcement agencies, 88%, equip officers with body cameras, dashboard cameras or both, according to survey data released by the Wisconsin Department of Justice (DOJ). However, 12% of agencies don’t have any way of recording officer interactions with the public.

DOJ learned that nearly half of the 434 agencies that responded to its survey from all across the state use both body and dash cameras. Another 170 departments use just one or the other. There are 553 law enforcement agencies in Wisconsin, which leaves 119 agencies that did not respond to the DOJ survey.

The 54 law enforcement agencies that don’t use any video-recording device cited a number of reasons, including cost to implement and store data, lack of a department policy and training concerns.

While many of the agencies that don’t use cameras are tiny local police departments — such as the Endeavor Police Department in Marquette County, which has a budget of less than $100,000, according to the survey — others are large state agencies or sheriff’s offices.

And still, other small police departments with budgets under $100,000, including the Frederic Police Department in Polk County, do use body cameras.

This data provides—for the first time—a statewide overview of the use of body cameras and dashboard cameras by law enforcement agencies in Wisconsin. It also provides further clarity about the barriers to implementation. pic.twitter.com/eQtDW8q2rj

The Waukesha County Sheriff’s Office, which patrols one of the state’s most populous counties with a budget of nearly $44 million in 2021, does not record any video. Some city police departments with multi-million dollar budgets also do not use any cameras in the field.

According to the survey, 106 agencies only use dashboard cameras installed in police squad cars. This includes the City of Kenosha Police Department, which was recently at the center of the high-profile police shooting of Jacob Blake.

The Wauwatosa Police Department — which had a single officer fatally shoot three people in five years — only recently equipped its officers with body cameras after years of only using dash cams.

Kenosha County District Attorney Michael Graveley has said that Kenosha officers wearing body cameras would have been helpful in his investigation into the shooting of Blake last summer. Milwaukee County District Attorney John Chisholm has said that only having access to dashcams limited his ability to investigate the February 2020 killing of Alvin Cole by Wauwatosa police.

Wisconsin Attorney General Josh Kaul, said in a news release that the data allows an accounting of the use of cameras and a look at what stands in the way.

“This data provides — for the first time — a statewide overview of the use of body cameras and dashboard cameras by law enforcement agencies in Wisconsin,” Kaul said. “It also provides further clarity about the barriers to implementation.” 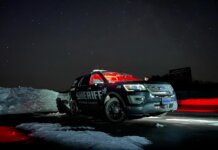 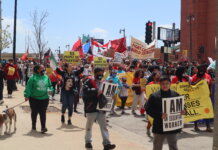 May Day in Milwaukee