WASHINGTON — U.S. Rep. Madeleine Dean lined up with eight of her House colleagues Monday evening to walk across the U.S. Capitol, delivering to the Senate a formal charge that sets up the second impeachment trial of Donald Trump.

It’s also the second time that Dean, a Pennsylvania Democrat, has played a role in the impeachment process. She serves on the House Judiciary Committee, which crafted the impeachment charges against Trump.

Now, she’s been named by House Speaker Nancy Pelosi as one of the impeachment managers who will serve as prosecutors in the trial set to begin on Feb. 8. “To heal, we must remember,” Dean said in a phone interview Monday with the Pennsylvania Capital-Star. “That’s what this trial will be about.”

The managers will be tasked with convincing senators to convict the former president on a charge that Trump incited the Jan. 6 riot at the Capitol through his repeated refusals to accept the election results and his incendiary rhetoric instructing rally goers to march to the Capitol and “fight like hell.”

In the interview, Dean spoke broadly about the impeachment case, offering few specifics about what the trial will look like. She said the managers will outline a “very compelling case” that Trump did not uphold his presidential oath and should be prevented from holding public office in the future.

The trial will unfold in what Dean describes as “one of the crime scenes” — the same Senate chamber where a violent mob of Trump supporters roamed after forcing their way into the building. A Capitol Police officer was killed, and four other individuals also died during the chaotic afternoon, including one woman who was shot by an officer outside the House chamber.

The House Democrats involved in arguing for convicting Trump, and the senators who will serve as jurors, aren’t just participating in the impeachment process — they’re also witnesses and victims of what unfolded, Dean said.

She was among House lawmakers who were trapped in the chamber’s gallery.  A photo from that afternoon showed Dean with a stunned expression as she and others evacuated the balcony.

Dean described her role as an impeachment manager as a “solemn duty.” She brings to that role a background in the law and in writing: Before becoming a state lawmaker in 2012, Dean earned a law degree and opened her own practice, and later was an English professor at La Salle University in Philadelphia.

In that role, Dean said she would tell her students: “Words matter, the truth matters, the facts matter.”

This impeachment process, and the last set of charges against Trump, both unfolded because of “a man who did not ever care about the Constitution or his oath, or telling the truth,” Dean said.

“And so this extraordinary string of lies culminated in his desperate claim for power,” she added. “His desperate attempt to hold on to power at the end of his term. And he manufactured an attack both on the Capitol, and on our democracy.”

The impeachment charge against Trump was approved in the House with support from every Democrat and 10 Republicans. So far, no Senate Republican has backed a vote to convict Trump, though they’ve largely avoided defending Trump’s rhetoric since the riot.

In a procedural vote that failed Tuesday, all but five Senate Republicans voted to declare the impeachment trial unconstitutional. The five Republicans who did not support that motion were Sens. Pat Toomey of Pennsylvania; Susan Collins of Maine; Lisa Murkowski of Alaska; Mitt Romney of Utah; and Ben Sasse of Nebraska.

Toomey said earlier this month that he believes Trump committed impeachable offenses, but also that it’s “debatable” whether the Senate has the constitutional authority to begin an impeachment trial now that Trump has left office.

“Should the Senate conduct a trial, I will again fulfill my responsibility to consider arguments from both the House managers and President Trump’s lawyers,” Toomey said.

Dean rejected arguments that the Senate should not go forward with a trial, saying that not holding a president accountable for his or her actions at the end of a term would set a dangerous precedent, signaling that future presidents could “go on a crime spree” at the end of their term.

She argued that the only way for the country to move forward “is to remember what happened here, remember the atrocious nature of the president’s words that incited an insurrection and an attack on democracy.” 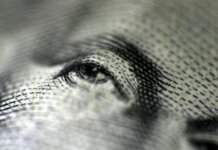 ▪ You can publish our graphics and any photos that are credit to Wisconsin Examiner with the stories with which they originally appeared. For any other uses, you must seek permission from us at [email protected]aminer.com.

‘To heal, we must remember’