Home Commentary Wisconsin unemployment: I was lost, will I be found?
Facebook
Twitter
Email
Print
In the 1920s, Progressive reformers in Wisconsin pushed for the creation of numerous workplace protections and workers’ compensation and unemployment soon became the focal points of those efforts.

When the Great Depression happened, Wisconsin’s unemployment system became the model for a national program for getting quick cash to workers, both for the macro-effect of economic stimulus as well as for allowing workers to cover their immediate financial needs for rent and food after job loss.

Under former Gov. Scott Walker, policies in unemployment administration and legal standards were pushed to extreme ends and twisted into a weapon used to punish workers and turn unemployment into a limited benefit system only available to elite workers—largely white and male—and a few of their unions that aligned themselves politically with the governor. A discriminatory eligibility ban for workers with disabilities  receiving SSDI benefits was instituted (which affected 150,000-plus workers).

Explanations and guidance for how to file unemployment were watered down and obfuscated, while the claim-filing system was made impossibly more complex. (The weekly certification went from 11 questions in 2007 to more than 100 questions in 2019).

Steep fraud penalties were introduced, forcing the burden of proof onto claimants, who needed to demonstrate that their claim-filing mistakes were not intentional. And, a host of administrative requirements were instituted to limit access and deny claims (such as a requirement to create, not just upload, an online resume when a majority of workers only had internet access—if at all—through their smartphones).

In 2018, the number of claimants receiving unemployment benefits was 130,710 (out of a workforce of approximately 2.8 million). In 2019, that number was 129,888. In 2007, prior to any recession, the number of claimants who received unemployment benefits in Wisconsin was nearly three times higher: 332,982 (when the workforce was around 2.7 million).

The result of these changes is the kind of economic system described by Alexander Keyssar in Massachusetts of the 1890s (and praised by robber barons at the time as a period of great social mobility): a world where starvation and ruin was always around the corner, which kept workers from forming unions for fear of limiting whatever economic opportunities they might prevail on, and which kept wages down because hungry workers needed to take whatever work was immediately available after every job loss.

When the pandemic struck and unemployment compensation was vitally needed, Wisconsin’s unemployment system became a disaster zone in line with the lowest tier of states.

Initial claims take six, eight or ten months to process; roughly two-thirds of initial claims are being denied; and appeals of those denials now take another six to ten months to be heard. And, too many individuals who get their initial claims approved find their benefits cut off after a few weeks because they fail to navigate the obstacles placed on them by weekly claim certifications.

Accordingly, workers have been forced to find work even as the pandemic rages unchecked in this state. Women, people of color and people with disabilities have been left behind and ignored.

This dismantling of a fundamental administrative program needs to be reckoned with. Even though Gov. Tony Evers, a Democratic, has been in office since 2019, he has failed to appreciate the depth of these problems and how a state agency essentially needs to be rebuilt from the inside out, simply to restore basic functioning.

Wisconsin workers are furious about what has happened to them. But, without any unions or progressive voices addressing these issues, they are increasingly turning their anger at government, in general, and anyone who contends government programs can still be beneficial. And, feudal barons like Menards, the Bradley Foundation and others are eager to tap into this despair for their own political purposes.

Yes, Wisconsin is an extreme example. But, any reform must first acknowledge the sand and rubble that presently constitute this core New Deal program. 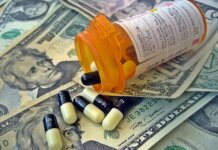 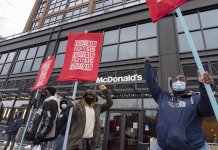 Wisconsin unemployment: I was lost, will I be found?

"When the pandemic struck and unemployment was vitally needed, Wisconsin's unemployment system became a disaster zone"