To close, or not to close Waupun’s prison

Waupun Prison, Waupun WI “Is The Grass Always Greener On The Other Side?” by chumlee CC BY-SA 2.0

The state’s Assembly Committee on Corrections had an opportunity to review the progress of the Department of Corrections (DOC) under the leadership of Secretary Kevin Carr, who was appointed by Gov. Tony Evers in Jan. 2019.

At a committee meeting on Feb. 10, members applauded the department for having endured the COVID-19 pandemic and expanding programs to reduce recidivism. At other times, committee members grilled Carr on specific policies and perceived shortfalls of the department.

The conversation returned several times to Waupun Correctional Institution (WCI). This prison was the first to open in Wisconsin, and became one of the institutions most hit by COVID infections among people incarcerated there.

To date, a total of 25 incarcerated people have died in Wisconsin due to COVID-related causes. Four of those deaths occurred at Waupun, tying the Oshkosh Correctional Institution for the highest number of COVID deaths. Although it was built to house 882 prisoners, WCI is housing 981 incarcerated people as of Feb. 5. That’s down from more than 1,100 people in November 2020.

Those numbers and that history makes WCI a prime candidate for some of the criminal justice reforms introduced by Democrats under Gov. Tony Evers. During the committee meeting, Rep. David Bowen (D-Milwaukee) mentioned the possibility of eventually closing Waupun.

“I’m thankful that the numbers I see from DOC show that we have been aggressively moving in a direction of putting people back in community-based settings and releasing individuals so that they have a better chance of success,” said Bowen. “Clearly, with a facility like Waupun, it’s older, it’s having a hard time finding the staffing levels, even with the other facilities that are nearby. And people are moving, and voting with their feet.”

Bowen added that, “it could be a good opportunity for this committee to work together on a bipartisan basis to institute a real reform this year. That actually moves us in a direction of better outcomes in our system. I don’t think we’re asking for too much.”

Staffing vacancies throughout the DOC, and at WCI, were brought up throughout the meeting. Carr noted that WCI isn’t the most attractive facility, largely due to its age. In addition to the issue of overcrowding, the facility is designed in a vertical manner rather than a horizontal one, meaning staff and incarcerated people need to use many stairs to get from one part of the building to another. In December, the DOC also closed a cell hall in the facility, which helped reduce the prison’s overall population.

The Milwaukee representative’s comments, however, drew pushback from committee chair Rep. Michael Schraa (R-Oshkosh). “I can tell you that I’ve met, on several occasions with the mayor and other members of the city,” said Schraa. “And Waupun Correctional Institution really is the essence of the city of Waupun. The city of Waupun actually grew up around that facility. It wasn’t even a city, and Waupun was developed because of the prison. Economic impact that would take place would be devastating for that [community].”

Schraa continued to speak on the prospect of losing jobs. “Until we actually can agree on substantive reforms, the talk of closing Waupun or Green Bay, you got to remember, it affects 200+ individuals that work there,” The chair then invited Bowen to tour WCI, and the city of Waupun. “I really would like you to see the amount of pride that is taken from the individuals that work there.” 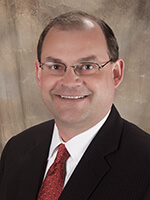 Bowen wasn’t alone in considering the idea of closing the prison. “I believe in reforms,” said Rep. Shelia Stubbs (D-Madison), who also worked in corrections before being in elected office. “I believe in the state of Wisconsin we have done a great job at incarcerating people. In fact, we’ve incarcerated African Americans at a higher rate than any other population.” She argued that, “we’ve been so punitive in this state that it’s so difficult to get the point of re-entry, or reforms, or alternatives to incarceration.”

As a former DOC employee, Stubbs described correctional work as “a thankless job” with few incentives. And, as Carr reinforced later in the meeting, Wisconsin’s DOC competes with neighboring states, which offer higher pay to correctional staff. “The moral is low,” said Stubbs. “So what we’re seeing from these correctional officers is not surprising to me. But I think we have to think about the setting that they are in. Do we still need to have this particular correctional institution still open?”

To follow up on the notion of closing Waupun, Bowen asked Carr whether employees at WCI could be offered positions at other nearby DOC facilities. “I would like to alleviate the concerns of the residents of Waupun, or members of the committee, that would feel that we would be losing jobs because of a facility closing. When there, clearly, is still an abundance of demand for workers in other parts of other facilities,” said Bowen.

Schraa’s framing of Waupun’s economy as dependent on maintaining the prison was also tested. “Even as I look at the local priorities in economic development,” said Bowen, “they don’t list correctional facilities, but they do list their interests in agriculture businesses. And maybe a partnership can be made there.”

The chair shot down Bowen again, repeating his offer of a “field trip” to meet the mayor. Criminal justice reform in Wisconsin has always been a point of division between the two Republicans and Democrats in state government. An email sent from Majority Leader Jim Steineke to Speaker Robin Vos dismissed the importance of the state’s racial justice task force, calling equity a “loser issue.” The email was obtained by Up North News via open records requests.

Wisconsin continues to fall behind other states in terms of criminal justice reform. At Waupun, 59% of the incarcerated population is Black. Over half of the people held within the prison have a mental health diagnosis, and 46% marked Waupun as their first incarceration experience in Wisconsin. Like cannabis reform, most other policies to reduce the prison population and recidivism have been routinely blocked by the GOP. This dichotomy was particularly apparent during the “tougher on crime” debates of 2019.

“Our communities are finding inmates coming back worse than when they were incarcerated,” said Stubbs. “I can say that because I think I am the only member on this committee who’s worked for the Department of Corrections as a senior probation and parole agent for eight years.”

To close, or not to close Waupun’s prison

Prisons struggle with high attrition and burnout among staff by Isiah Holmes May 12, 2022
He beat her repeatedly. Family court tried to give him joint… by Megan O'Matz September 16, 2021
How inequitable policies shape Milwaukee’s homicide rate by Isiah Holmes March 23, 2022