Gov. Tony Evers put items into his biennial budget addresses to further address contamination by PFAS and other “forever chemicals” in Wisconsin’s water supplies. Remediating the various pockets of contamination across the state and providing clean drinking water to affected locales has been a challenge for Wisconsin’s state government, which has been the subject of a legislative task force and many community meetings in impacted areas in recent years.

Evers’ proposed budget carves out several initiatives to continue the state’s efforts against PFAS contamination. PFAS (per- and polyfluroalkyl substances) are part of a large group of human-made chemicals that have seen widespread use in private industries for decades.

The proposed budget allocates $10 million annually to address municipal water testing. Another $1 million is dedicated to the collection and disposal of firefighting foam, which is a main source of contamination. The area around the Dane County Airport has extremely high levels of PFAS contamination due to the firefighting exercises that take place at Truax Field.

Other sources include fast food wrappers, Teflon coating, firefighting foam, anti-stick clothing and other products. This group of compounds has its roots as a water-resistant coating for tanks during World War II. PFAS and their cousins, such as PFOS chemicals, have also been connected to disease and birth defects in animals and humans. They will not break down in the environment or in our bodies.

“PFAS chemicals in municipal water supplies pose a significant health threat from La Crosse to Marinette and Rhinelander to Madison, Rep. Samba Baldeh (D-Madison) said in a statement about Evers’ budget. “These communities are known to be at risk due to PFAS-contaminated water. However, it is probably that many more municipal water systems are contaminated but do not know the extent of the problem.”

Baldeh added that, “Governor Evers’ budget proposal addresses this problem with a number of initiatives that are needed to prevent serious health consequences for vulnerable people.”

Through the Department of Natural Resources (DNR) and partnerships with private companies responsible for individual contamination sites, the state has worked to identify and remedy the local-level issues from PFAS. Wells and waterways have been tested, and private homeowners with contaminated water have been provided with emergency drinking supplies. The pandemic, however, slowed some of these efforts.

After months of research and public listening sessions, the DNR has developed an action plan to address PFAS contamination that will cost approximately $20 million over two years. Evers’ budget also provides the DNR with additional staff for the PFAS Action Council to implement its action plan.

Carly Michiels, director of government relations for Clean Wisconsin, also applauded Evers for his attention to water quality. “Gov. Evers understands the compounding challenges Wisconsinites are facing right now,” said Michiels. “Water quality and clean energy are bipartisan issues, and many of the solutions will both help Wisconsin families and sustain a strong economy.”

Michiels noted that Wisconsin faces many climate-related environmental issues that overlap with the water quality issues Evers is seeking to address. She noted that the budget, “reflects the governor’s understanding that eliminating drinking water pollution can save millions of dollars in health costs, and that tackling climate change can create good paying, clean energy jobs. These important clean water and clean energy initiatives are important to the health of Wisconsin families but also for a strong economy.”

Because PFAS contamination is connected to private industry and economic issues, the DNR will host the first public meeting of the PFAS External Advisory Group on Tuesday, Feb. 23. The group builds on the DNR’s ongoing efforts to facilitate dialogue and collaboration on the PFAS issue. A DNR press release states that, “the creation of the PFAS External Advisory Group reflects the value of engagement and the importance of connecting different perspectives toward addressing PFAS.”

The advisory group is staffed by the DNR, and includes more than two dozen members including stakeholders, community members, and others. Its meeting will take place 1-3 p.m. over Zoom. Darsi Foss, DNR Environmental Management Division Administrator, highlighted the importance of sharing information and insights. “We value the chance to hear feedback from different perspectives and look forward to engaging with this group on PFAS initiatives in Wisconsin.”

Baldeh echoed the gravity and importance of building smart policies around PFAS contamination. “The development of a meaningful and long-range response to PFAS contamination has been a priority for me in this budget,” said Baldeh. “As the representative of a community that has been faced with such significant contamination that it decided to shut down its well, many other smaller communities may not have the option of multiple wells.”

The representative added, “I am gratified that the governor takes this problem seriously and acknowledges that a broad approach is necessary. Action has been needed for more than a decade. I hope all legislators recognize the gravity of this problem. If they do not, it may be that their water supply has not yet been tested.” 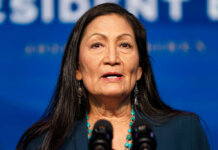 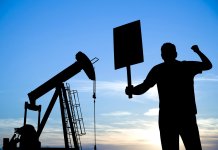