Kelly and Eric Maday (courtesy of the Maday family)

Kelly and Eric Maday’s kindergartner, Abigail, has cried every day since Feb. 2 when she and her brother were pulled out of school in Ashland and moved into a district “isolation room” while they waited 45 minutes for a parent to pick them up.

Eric Maday and their three children  — Reggie,  Howard and Abigail — are members of the Bad River Tribe. The Madays allege that their children were treated differently than white Ashland students after the oldest, Reggie, was possibly exposed to COVID-19 by a classmate. The Madays are aware of numerous other exposures to COVID among classmates and athletes where other siblings were not asked to quarantine.

But the hardest thing for the Maday family is the lasting effect the event is having on Abigail. “She hasn’t wanted to go back to school,” says Kelly Maday of her 5-year-old. “We tell her, ‘You have to go to school.’ We’ve even gotten calls from her kindergarten teacher, that she’s crying, upset. ‘She wants her brother. She wants you. She wants to go home. She doesn’t want to be here.’”

Abigail is afraid of getting sick, Maday explains. After the incident in the isolation room at school, the school nurse told the children they had to isolate because their brother was around someone who was sick. “She came home crying, saying, ‘Are we all going to be sick? Mom, are we all sick? What’s going on?’”

The Madays wanted to know what was going on, too. They repeatedly tried to get clarification on the district’s policy, but nobody would explain why the two younger children had to leave school and quarantine.

Letter to the district

The family has retained a lawyer, Jeff Spitzer-Resnick, who details the events on and around Feb. 2 in a letter to the Ashland District Superintendent Erik Olson:

“I have been retained by Reggie, Howard and Abigail Maday’s parents, Kelly and Eric Maday, to represent them regarding your district’s  discriminatory application of its COVID policies to them due to their Native American status,” Spitzer-Resnick wrote. “Through your communication with Kelly Maday, you should be aware of all of what  follows below. However, since you are likely to share this letter with the school district’s attorney, I will set forth exactly how and when your district discriminated against my clients.”

The letter then details what Kelly Maday confirms in a Zoom interview with Wisconsin Examiner: Megan Kupczyk, a school nurse, called her on Feb. 2 to say that Reggie was in “close contact to a COVID positive student” and would need to quarantine until Feb. 8. Maday agreed, without questioning, but then Kupczyk said Howard and Abigail would also need to quarantine. Since Reggie was displaying no symptoms and had stayed masked and six feet away from the classmate, the Madays did not understand why their other children should have to quarantine.

“If they had done this policy for everyone, I would have said, ‘okay,’ and picked up my kids and been done,” says Maday. “But they pick and choose who has to follow a policy, and the only difference between those kids and my kids is that mine are Native American and those kids aren’t. And if there is another difference, they weren’t willing to sit down and talk to me and tell me why, or what it was.” 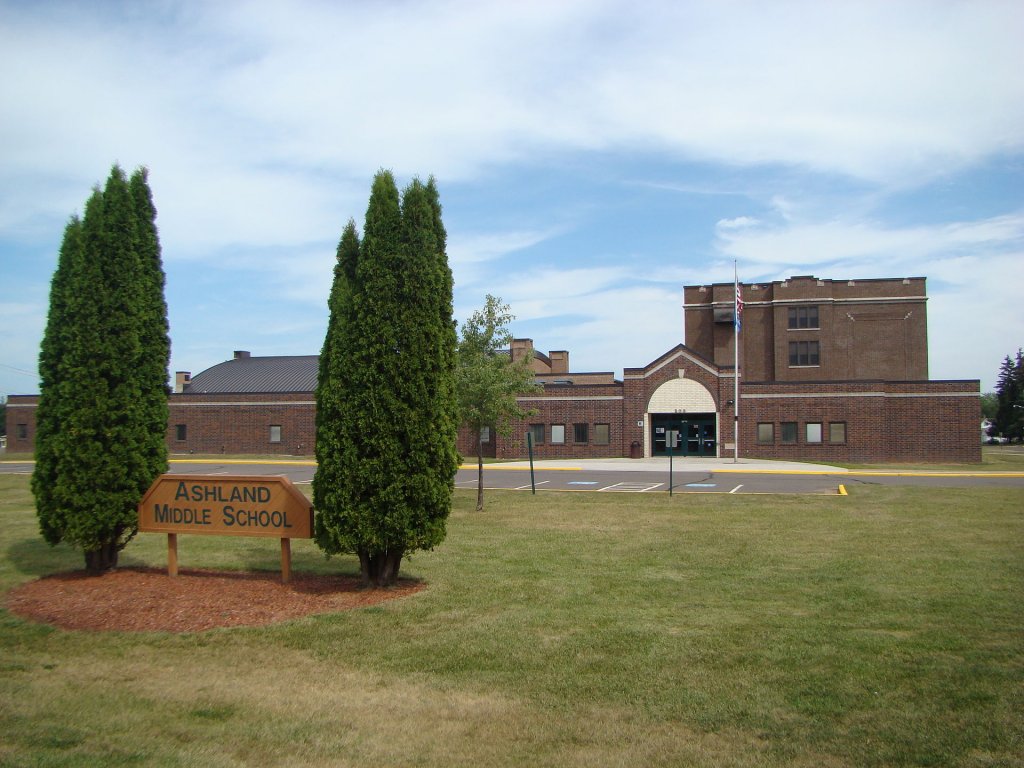 Maday bases her questioning of district policy on what she had seen happening after other possible COVID exposures of students in the district.Spitzer-Resnick’s letter runs through several examples provided by the Madays of positive COVID cases where no one was asked to quarantine, including a classmate of Howard, the 4th grader; and members of the girls gymnastics and boys’ basketball and hockey teams.

Maday’s response to the district was, “I will keep my older son home, but my other two will remain in school. If you are not enforcing it for other people — school board members’ children, basketball players, hockey team players — why are you going to do it to my children? Where’s the policy? Send me your policy.”

An hour later Maday learned in a voicemail from the nurse that the two younger kids were in the isolation room.

“I didn’t get it right away,” says Maday. “I was working. She did call my husband, who just started a new job; he was in the middle of taking a test for his job. And he told her, ‘I cannot come get them right now. I am in the middle of this test. I cannot lose my job.’”

The school did not attempt to call the other emergency contacts, says Maday. “They just let them sit there until I got the message and called back, and I was not happy. I said, ‘You either need to get them out or let them do their schoolwork or something.’ They sat in there for 45 minutes, with all their winter clothes on.”

Eric Maday went to fetch the kids as soon as he finished his test. “Honestly, I probably would have gone to jail if I went and got them,” says Kelly Maday. “ I was so mad; I was furious.”

Maday says she cannot get anyone in the district — principal, superintendent, school board members — to explain the reason her children were treated differently than others. She says her family is engaged in the community and school, and it stings to be left out in this way.

“It’s extremely frustrating,” says Maday. “Especially because my husband and I are very involved in things in the city of Ashland, in the schools. It’s not like we aren’t known there. We volunteer, my husband used to coach football.

“It’s kind of like being slapped in the face, to tell you the truth,” she continues. “ I mean, we pay taxes, we do everything we need to do. And when you have a question you expect to be able to email the school board or the superintendent or a principal and get a response. I mean, we essentially put our kids under their care every single day.”

Attorney Spitzer-Resnick has not received a response from the district since he sent his letter on Feb. 8. He finds the district’s silence disquieting. “It’s pretty remarkable,” he says. “I honestly don’t understand it. Even if they wanted to say, ‘Hey, there’s nothing here, go away,’ you respond. So, I think it’s a huge mistake.”

He says in 36 years of legal work he can count on one hand the times that he has received no response at all to a demand letter such as the one he sent. “Sometimes the response says, ‘Hey, we need some more time to look into it. Can you give us more time?’ And if it was a reasonable amount of time, we would.”

The Ashland superintendent’s office did not return a call from Wisconsin Examiner requesting comment.

Maday says she is still perplexed by the lack of communication but she suspects it is because the district fears the family’s charges are true. “I think they know what they did was wrong,” says Maday. “And I think they know that all of this is going to cause a lot more a lot more people, a lot more community members, to come out.”

She says numerous parents, especially of other Native American students, have come to her with stories of discrimination and unequal treatment, not just related to the pandemic. “I think maybe the school thinks that this is going to be a much bigger deal than just the incident with my child, but not getting back to us is just adding more fuel to that.”

Spitzer-Resnick says the district’s lack of response “indicates to me a certain level of dysfunction.” He finds it troubling, especially in light of the family retaining his services as an attorney. “Normally, you respond to a parent, certainly if the parent decides to retain an attorney, you respond or you get your attorney to respond,” says Spitzer-Resnick.

He clarifies that the family has not decided to bring a lawsuit but is considering filing a discrimination complaint with the state’s Department of Public Instruction (DPI), and possibly with the U.S. Department of Education’s Office of Civil Rights.

“As so many families are now contacting Kelly, telling essentially their tales of woe, we can put that together and provide that to both the state and federal government to hopefully force a functioning school district,” says Spitzer-Resnick.

Anti-Native American discrimination has long been a part of our nation’s culture, says Spitzer-Resnick. “This isn’t simply a matter of the Maday children losing some hours of school and being treated differently. That is, of course, where it started, but it’s rooted in much deeper anti-Native discrimination that’s been experienced for centuries. The Maday family is quite bravely, frankly, stepping forward and saying we’ve had enough.”

Kelly Maday emphasizes that her family exercises extreme caution when it comes to COVID-19. “Our family has not been inside a restaurant since March,” says Maday. “I’m very much like COVID crazy. I mean, I’m sanitizing constantly. Just in the last two months I’ve taken my kids to the grocery store with masks on.”

Spitzer-Resnick echoes that. “I do want to make sure you understand the Maday family takes COVID very seriously,” he says. “It is not as if they have any interest in violating any protocols, or making anyone unsafe or that they’re anti maskers or anti-vaxxers or anything like that. The problem is that their kids shouldn’t be treated differently than all the other non-Native kids are.”

By stepping forward in this way, the Madays are making waves in Ashland, and they have already seen the effects. “That’s definitely been the hardest part for my husband and I,” says Maday. “It is a small community and we just hope that we don’t lose friends over it. But like I told my oldest son, I have to do what’s right.”

“You know, honestly, watching my five-year-old cry every morning, not wanting to go to school, put me right over the top. I don’t know if it’s a motherly instinct or what it is, but I was like, this is not okay,” she says. “She’s only in kindergarten. So I sat down with my husband and we feel very strongly about it, and we said, ‘We will finish it till the end, no matter what it takes.’”

Catherine Capellaro is a freelance writer and the arts and culture editor for Isthmus in Madison, Wisconsin. She is also the former managing editor of Rethinking Schools, a former anchor and reporter for Wisconsin Public Radio and WORT-89.9 FM and an accomplished playwright and musician.

Misogyny is fueling the country’s gun violence epidemic,… by Anna Gustafson August 1, 2022
The Wisconsin GOP’s search for ‘inappropriate’ books in… by Isiah Holmes May 31, 2022
Judge rules for tribe in Line 5 suit, says Enbridge is… by Laina Stebbins September 12, 2022