At dozens of Wisconsin law enforcement agencies, portions of use-of-force policies are exactly the same as the use-of-force policy for the Brooklyn Center, Minn. Police Department — where 20-year-old Daunte Wright was killed by a police officer in a traffic stop earlier this month.

Lexipol says its policies are “based on nationwide standards and best practices,” but critics of the company say its main focus is safeguarding departments and municipalities from liability and risk, rather than protecting members of the community or officers.

But the company defends the policies it builds by saying reducing risk to the department reduces risks to the public.

“Lexipol’s policies and services are designed to advocate for the entire community — not just police departments,” the company said in a statement.  Our policy recommendations help departments work at the highest standards for conduct and provide clear direction for those on the front lines. We believe compliance to policy and regular policy training, coupled with proper supervision and disciplinary actions, creates professionalism and better outcomes in high-stress situations. This in turn leads naturally to a reduction in all risks—including potential legal liability.”

In Brooklyn Center, officer Kim Potter shot and killed Wright as he was stepping back into his vehicle and police officials have claimed she meant to grab her taser. Some Wisconsin law enforcement policies guiding the use of tasers and shooting at vehicles closely match those of the Brooklyn Center police department.

Law Enforcement agencies as big as the police departments in Eau Claire, Green Bay and Wausau use Lexipol-written manuals. Right across the border from Minnesota, the St. Croix and Polk county sheriffs’ offices use Lexipol. So do the sheriff’s offices in larger counties such as Rock and Marathon. Just 35 miles from the Brooklyn Center Police Department, across the Mississippi River, the Hudson Police Department uses Lexipol policies.

Lexipol is an official partner of the Wisconsin Law Enforcement Accreditation Group (WILEAG), meaning agencies that use the company can more easily be certified as compliant with Wisconsin law. WILEAG has been approved by the Wisconsin Attorney General’s office as the state’s “primary independent credentialing body,” according to the group’s website.

“A well-developed policy that adheres to best practices will address the concerns,” Mark Ferguson, WILEAG president and Glendale Police chief, says. “A best practices policy will provide appropriate direction to officers, providing for the safety of both officers and citizens, while reducing liability issues for the agency. WILEAG has partnered with Lexipol to promote best practices in Wisconsin Law Enforcement by providing our standards to Lexipol for inclusion in their policy manual.”

Additionally, police organizations such as the Badger State Sheriffs’ Association and the Wisconsin Chiefs of Police Association have also partnered with the company.

Timothy Muth, an ACLU of Wisconsin staff attorney who has researched the company, says Lexipol’s focus on risk mitigation can be good for a city’s bottom line, but doesn’t account for other factors in keeping a community safe.

“It seems clear to us that they’re trying to get the lowest level that just gets you over the constitutional requirements and not necessarily looking at what’s in the best interest of public safety,” Muth says. “When you start with, ‘let’s write a policy that’s about good policing,’ as opposed to ‘let’s write a policy that’s about avoiding getting sued,’— those are two different ways of thinking about what you’re supposed to be doing.”

In many cases, Lexipol policy is written to give an officer in the field as much discretion as possible — allowing them to say later, even if an incident goes wrong, they were just following departmental policy.

“If customization of a policy is necessary, refrain from creating mandatory duties (using ‘shall’ rather than ‘should’) where they are not already imposed by law and in situations where you cannot accurately predict every possible outcome (e.g., vehicle pursuits),” a Lexipol document written for Wisconsin law enforcement states.

Language like that emphasizes the wrong idea to officers as to how they should be behaving in the field and responding to incidents, according to Randy Shrewsberry, founder and executive director of the Institute for Criminal Justice Training Reform. Though he says police departments and municipalities do need some form of liability protection — lawsuits, after all, end up spending taxpayer money.

“That kind of language is troublesome, but I’m not naive to the idea municipalities need to protect against liability,” Shrewsberry, a former police officer, says. “Even in my experience as a cop, I have a concern where the emphasis is on liability vs. public safety.”

For law enforcement agencies themselves, outsourcing policy development to Lexipol can be cost-effective and save police leadership from having to do the work themselves or designate a staff position to the undertaking. Lexipol also helps departments keep up with changes to state and federal law.

“Lexipol has essentially been able to market itself to law enforcement agencies across the country by saying putting together these policies is a lot of work, it takes a lot of time,” Muth says. “We’ll do the research, we’ve got lawyers and law enforcement experts. You can subscribe and we’ll update it year to year as the law changes.”

In case studies on the Lexipol website, police leadership in Ashwaubenon and Menasha rave about how easy the company has made policy management for the two small departments.

The Ashwaubenon police chief says Lexipol helps the department stay on top of constant changes to the law while the Menasha chief says the company helped his department move from a cluttered and chaotic policy mess to a more organized system.

The ease of use may be a selling point for police leadership, but Muth and Shrewsberry say something is still missing. For basic human resources functions, like a department’s sick leave policy, outsourcing the development is perfectly reasonable. But lots of aspects of policing are much more contentious, so instead of a company founded in California writing how police officers in Beloit, Eau Claire, or Wisconsin Rapids should use force — the community should have a say.

“There’s some policies that may not be of constitutional or public interest, but other things like use of force policies, you would hope the local community gets input into,” Muth says. “A lot of the policies, if you flip through the hundreds of pages, lots of it is mundane stuff about how a law enforcement agency does day to day business. [Lexipol is] probably an efficient way to have a model to work from, but when you get into some of these more important areas, whether it be use of force or the canine unit or stopping and frisking, those are things that require careful thought and in the best case you would hope there’d be public input as opposed to just buying them from a form writer like Lexipol.”

Muth grants that having any policy is better than nothing, his criticism is in the focus on liability protection rather than public safety. Police officials say the two aren’t mutually exclusive and having policies that are out-of-date with current law is worse.

“We contracted with Lexipol because they provide court defensible, up to date policies that are model policies for law enforcement agencies,” Green Bay Police Commander Kevin Warych says. “As a police agency it’s difficult to constantly maintain a policy manual. The policies are written based on a general guideline and it’s up to the agency, up to the chief to determine what’s appropriate for the community. It is in the minds of public interest, public safety and mitigating risk.”

Jim Palmer, executive director of the Wisconsin Professional Police Association, defends the use of Lexipol and its use in the state’s law enforcement accreditation process.

“I think it’s a misnomer to suggest that the two objectives are mutually exclusive,” Palmer says. “The primary mission of any law enforcement agency is to protect the community. The maintenance and publication of well-reasoned policies based upon best practices and the latest legal developments helps support an agency’s ability to serve the public.”

“A comprehensive undertaking, accreditation is not conducted behind closed doors or in a vacuum, and public input is an integral part of the process,” he continues. “A law enforcement agency that does all of this is not only better equipped to serve the public, it is undoubtedly more likely to mitigate its legal exposure as well.”

The Wisconsin Department of Justice did not respond to a request for comment, nor did 11 of the 12 Wisconsin law enforcement agencies mentioned in this story. 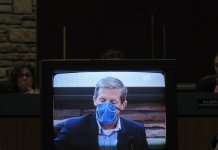 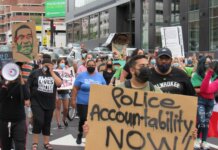 Bipartisan policing bills are a mixed bag of policies 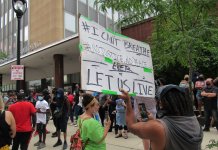 Ban on chokeholds in Milwaukee is a first step