Our democracy is in real trouble.

And I’m not even talking about some of the usual things I discuss, like big and dark money in our politics, or like gerrymandering or like economic inequality.

All those problems are serious, and they’re corroding the foundation of our democracy.

But there’s something new and even more imminently dangerous that I want to talk to you today about.

And that’s authoritarianism, even fascism. 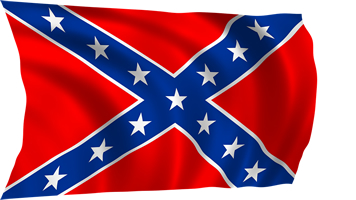 We have heavily armed men flying Confederate flags in our streets and in our Capitol, even Nazi flags, as we saw in Charlottesville.

We haven’t seen this open support for authoritarianism since thousands gathered in Madison Square Garden in 1939.

And never in my 63 years has this country been in more peril, except perhaps for the 13 days of the Cuban Missile Crisis.

So that’s what’s at stake for us now. We cannot minimize it. This is extra-ordinary, extra serious.

All it took was one demagogue, whose photo will be in the DSM 6 under “narcissistic personality disorder,” to expose how fragile our democracy is, as we saw on Jan. 6.

And many people will have to answer for it, not just Donald Trump.

Newt Gingrich will have to answer for inaugurating the era of no-holds barred partisanship.

Former Wisconsin Gov. Scott Walker will have to answer for paving the way for Trump, as Dan Kaufman wrote in the New York Times this week. And I remember being warned about this during the campaign to recall Walker. I was having a drink with Dave Zweifel, the great old editor of the Cap Times, and Ed Garvey, the legendary labor attorney, and they were saying if we don’t knock out Walker now that he’s down, we’ll pay for it not only here, but around the country, because it will give a green light to rightwing forces everywhere. And look what happened.

Then there are all of Donald Trump’s enablers, especially those who know better, such as Ted Cruz and Kevin McCarthy and Lindsey Graham and Mitch McConnell.

What we saw on Jan. 6 is unheard of: A violent riot to interfere with the lawful and peaceful transition of power, and a lynch mob aimed at killing the Vice President and the Speaker of the House.

Naively, and I’m not very naïve, I thought that this act of treason, this old-fashioned coup attempt, would break the Trump fever.

And it’s come roaring back ever since.

So much so that a majority of Republicans still claim that Trump won the election and that it was stolen from him.

And now Republican elected officials, even those who know better like Robin Vos, are feeding their base more of this rancid red meat not only by doing one bogus investigation after another but also by trying to pass anti-voter bills to suppress the vote.

That we now have armed groups in our country that are marching in our streets with their Confederate flags and Nazi insignias is astonishing in and of itself. My father, who fought against the Nazis in Europe, is rolling in his grave. Fortunately, he didn’t live long enough to see this. These groups hate Blacks and Jews and democracy, and make no bones about it.

Then there’s the house and garden variety racism that many white Americans exhibit, and the sense of white grievance that is aloft in the land. America’s original sin may do us all in yet. Too many are susceptible to the appeals of any demagogue who comes along and plays on these low sentiments.

Strikingly, there’s also the rise of irrationalism in America. I give you Q-Anon. Millions of people are believing the craziest things, and they’re proud of it. Not just that the election was stolen. Not just that Trump will be president in August. But blood libels that are straight out of the Protocols of the Elders of Zion.

And of course there’s Marjorie Taylor Greene, who said that Jews with my family’s last name sent lasers from space to start wildfires in California.

Closer to home, there’s Robin Vos’s Wacko Caucus, with people like Janel Brandtjen, head of the Assembly Committee on Campaigns and Elections, who wrote her constituents asserting that Donald Trump actually won the election. She even went to Arizona to see about bamboo in the ballots.

Lastly, there’s the problem of our siloed media. Many of these folks on the right seem to be on a 24/7 IV drip from Fox News, Newsmax, the One America News Network and rightwing talk radio. And the social media algorithms enable people only to hear the news and opinions that reinforce the crazy views that they already hold.

So that’s the trouble we’re in.

How do we get out of it?

First, we need to make sure our own people are aware of the threat, and that they mobilize against it nonviolently, at the polls, in the streets and in the community.

Second, we need to lend moral support to those Republican leaders who bravely have stood up to Trump and Trumpism. I never thought I’d say, “Thank God for a Cheney,” but thank God for Liz Cheney. She’s risked her power and her whole political career to stand up against Trump and his assault on democracy. This is a real profile in courage. And I believe her when she says she’ll do anything in her power to keep Donald Trump from ever getting anywhere near the Oval Office again. I hope that includes her running for President as an Independent.

And there are others. Thank God for Mitt Romney, who stood up to Trump while he was president, and urged him to concede after Nov. 3, and made a great speech on the evening Jan. 6. And thank God for Adam Kinzinger down in Illinois, and the other legislators who voted to impeach Trump.

Here in Wisconsin, I’m grateful for former Republican Congressmen Reid Ribble and Tom Petri and former majority leader of the state Senate, Dale Schultz. Actually, the healthiest thing we might be able to do for our state is send those three men on a speaking tour of rural Wisconsin and the WOW counties around Milwaukee to try to talk some sense into their fellow Republicans. Because this is a sickness within the Republican family, and they would have much more influence over members of that family than I do.

Third, we need to engage in conversation with Independents and Republicans who aren’t flying Confederate flags or Nazi flags. You know that essentially half of the people of Wisconsin voted for Trump, and I’m not prepared to write them all out of the book of life. They’re not all evil people, and we’ve got to recognize that. And if 53% of Republicans believe the election was stolen, that sill means that there’s a huge chunk that understands that actually it wasn’t stolen. And there are lots of Independents out there, too. It’s worth talking to them, and more importantly, listening to them. We’re not going to convince anyone by calling them names or yelling at them.

The essence of politics is getting your folks out and convincing a fraction of folks who don’t yet agree with you that your way is the best way to go. And to convince anyone of anything you first need to establish a relationship with them. To do that, we need to listen to where they’re at, and try to connect with them on some shared values we have.

This is what Kathleen Vinehout and her husband, Doug Kane, have been talking about recently. And while I don’t agree with Doug that gerrymandering isn’t a serious problem, I definitely agree with him about the need to convince people who aren’t already on our side. That’s crucial.

There’s a great book out called The Way Out: How to Overcome Toxic Polarization, by professor Peter Coleman, who was interviewed by Eric Schubring on WOJB this week. Coleman says find three people who don’t agree with you politically but you know aren’t evil people, and just try to see where they’re coming from, find some common ground, whether it’s sports or exercise or cards or church or synagogue or book club or the PTA, or whatever, and over time, try to bring them around – not dismissing them, or demanding that they read the latest article in The Nation or The Progressive but by leading with shared values about the kind of community and country you both believe in. I’ve got three I’m working on.

We need to try to win people over, not push them ever more securely into their own camp.

And finally, when progressives and Democrats hold power, they need to deliver the goods. Bernie’s been saying this over and over again, and he’s right.

He’s done a great job with COVID, and he’s been much bolder on the economy than I thought he would be.

People need to see that democracy works for them, and that government can be a force for good.

Otherwise, they’ll keep trashing it, and they’ll look to Trump or the next demagogue after him, and then all bets are off.

So yes, we’ve got our work cut out for us. But we have a little time, though we’ve got no time to waste.

It is up to us, who believe in democracy, to defend it now in it’s hour of need.

As Fighting Bob La Follette send 100 years ago, “The cure for the ills of democracy is more democracy.”

And we desperately need more democracy in this country right now.

So let’s take the cure, and let’s save democracy!

This commentary is taken from the text of Matt Rothschild’s prepared remarks delivered to the Rural Caucus of the Democratic Party of Wisconsin in Plover on July 10.
X

Prior to joining the Democracy Campaign at the start of 2015, Matt worked at The Progressive magazine for 32 years. For most of those, he was the editor and publisher of The Progressive.

Republicans to cut popular Evers’ budget plan,… by Melanie Conklin May 6, 2021
Dozens of GOP lawmakers to reject certifying Biden… by Ariana Figueroa January 6, 2021
Settled into new homes, refugees in US say they are… by States Newsroom Staff June 21, 2021