New federal guidelines on community levels of COVID-19 and whether and when people should wear masks for protection are forcing public health providers to rethink recommendations for individuals and communities.

The new guidelines emphasize individual decisions rather than public health orders. Nevertheless, they can still be used to encourage communities and groups to adopt shared rules for protection, such as masking, according to Dr. Ryan Westergaard of the state Department of Health Services (DHS).

“It’s a step away from where we’ve been in the past couple of years, where a lot of mask wearing decisions were made by governments and organizations,” said Westergaard, chief medical officer in the DHS Bureau of Communicable Diseases during an online briefing with reporters Wednesday.

At the same time, Dr. Geoffrey Swain of the Wisconsin Public Health Association says the new guidelines complicate the lives of people who may be more vulnerable to the illness.

The new guidelines from the Centers for Disease Control and Prevention (CDC) combine data about how fast the virus is spreading and how much it is depleting hospital resources to rate a community level for COVID-19 [see table].

Under the new guidelines, the CDC doesn’t consider universal masking necessary where the community level is low (green).

Where the community level is rated medium (yellow), the guidelines advise people at greater risk for serious illness from the coronavirus to “talk with your healthcare provider about whether you should wear a mask and take other precautions.”

And where the community level is high (orange), the CDC recommends masks for everyone indoors in public places.

A community’s level is rated low if three conditions are met:

As the number of people hospitalized with COVID-19 and the percentage of beds occupied by COVID patients increase, the community level can increase to medium or high.

Where there are more than 200 new cases in seven days per 100,000 people, the community level will be rated medium at best, and could be rated high if there are higher hospitalization rates.

In Wisconsin, Westergaard said, the risk of illness is now “comparatively lower than it has been for some time,” and hospital capacity isn’t being taxed the way it was at the pandemic’s peak, even as recently as mid-January.

Under the CDC’s new system, counties that border one another may have very different ratings — often reflecting differences in the capacity of their local health care systems, he explained.

By including local hospital capacity, he said, the new rating system is designed to encourage people to consider COVID-19 prevention “in a way that it doesn’t just affect our health, it affects our communities — and that it’s not in our interests, in anyone’s interests, for our health care systems to be overwhelmed.”

The Wisconsin Public Health Association’s Swain says one concern about the CDC’s new approach is that tying the indicators to hospital admissions and capacity “makes them too slow to respond to facts on the ground.”

A case is typically diagnosed about a week after exposure, and it might be another two weeks before a person is sick enough to go to the hospital. If that becomes the factor that increases a community’s rating from low to medium or medium to high, triggering a decision to wear a mask, “a lot of people would say that’s three weeks too late,” Swain says.

Ideal public health practice would institute new health protections sooner, he says. At the same time, however, the CDC is likely responding to concerns that, because of repeated warnings, the agency’s policymakers may have concluded they “don’t want to be accused of calling wolf all the time,” Swain says. “People won’t listen.”

With the new CDC rating system, a large swath of counties through Wisconsin’s midsection are now rated “low” — including Dane County, the only one of the group that had a county-wide mask requirement until this week. About 20 counties are currently rated “medium,” with masking potentially advised for people at greater risk.

And a scattering of 18 counties, from Racine and Kenosha in the southeast to Douglas in the northwest, are rated “high” — which the CDC says would warrant universal masking in public.

Westergaard said Wednesday that DHS has been in touch with local health departments weekly or more often and has conveyed the CDC’s latest guidance to local officials. Local public health personnel also “tell us what they are encountering in local communities and the questions they’re getting, and often the pushback they’re getting from community members” about public health recommendations, he added.

Notwithstanding the CDC’s guidance recommending universal masking in communities with a high COVID-19 rating, Westergaard said it doesn’t necessarily mean prescribing a countywide mask order. “I don’t think that’s the spirit in which this was [developed],” he said of the guidance. “I think this is really meant for individual decisions, to know what’s COVID doing in my community, in my county.”

At the same time, Westergaard added, just as individuals might decide based on the CDC’s ratings to wear a mask, “organizations and communities are also going to continue to make rules for themselves or standards for themselves.” That can extend to school districts or businesses. “We live in a civil society, but then you have those conversations and make those decisions collectively and respectfully.”

On social media and elsewhere, some advocates for people with disabilities and other medically vulnerable people have questioned the CDC’s latest guidance.

“It is a challenge for people who are immunocompromised, for someone who has a medical condition or a disability,” Swain says. “We’re putting all the burden on them individually.”

“I think it’s an important issue,” Westergaard said in answer to a briefing question about such concerns. Communities and organizations, he added “might agree on mask rules and standards that are not just about protecting an individual’s health, but protecting vulnerable other people in the community.”

The risk from COVID-19 isn’t uniform, but “very focused on certain groups of people,” Westergaard said. “When we gather together, we can be mindful of that — and we should incorporate that perspective on decisions about groups that share an indoor space and wearing masks.”

Both Swain and Westergaard said another resurgence of COVID-19 is likely sometime in the coming months — and that it’s possible yet a new variant will develop against which current vaccines will be less effective. Even without a new variant, immunity to the coronavirus appears to drop over time, among people who are vaccinated as well as among people who have developed antibodies from having survived a COVID-19 infection, Swain observes.

Westergaard said the illness could come to follow a seasonal pattern, as influenza and other respiratory viruses do — possibly rebounding in the autumn when children return to school and cooler weather sends people indoors. While that may be predictable, variants in the virus won’t be.

“That’s going to be an ever-present risk,” Westergaard said. “The way we can guard against that is through a local and global effort for vaccination — because the less infection and transmission there is, the lower the probability that a new variant will emerge.” 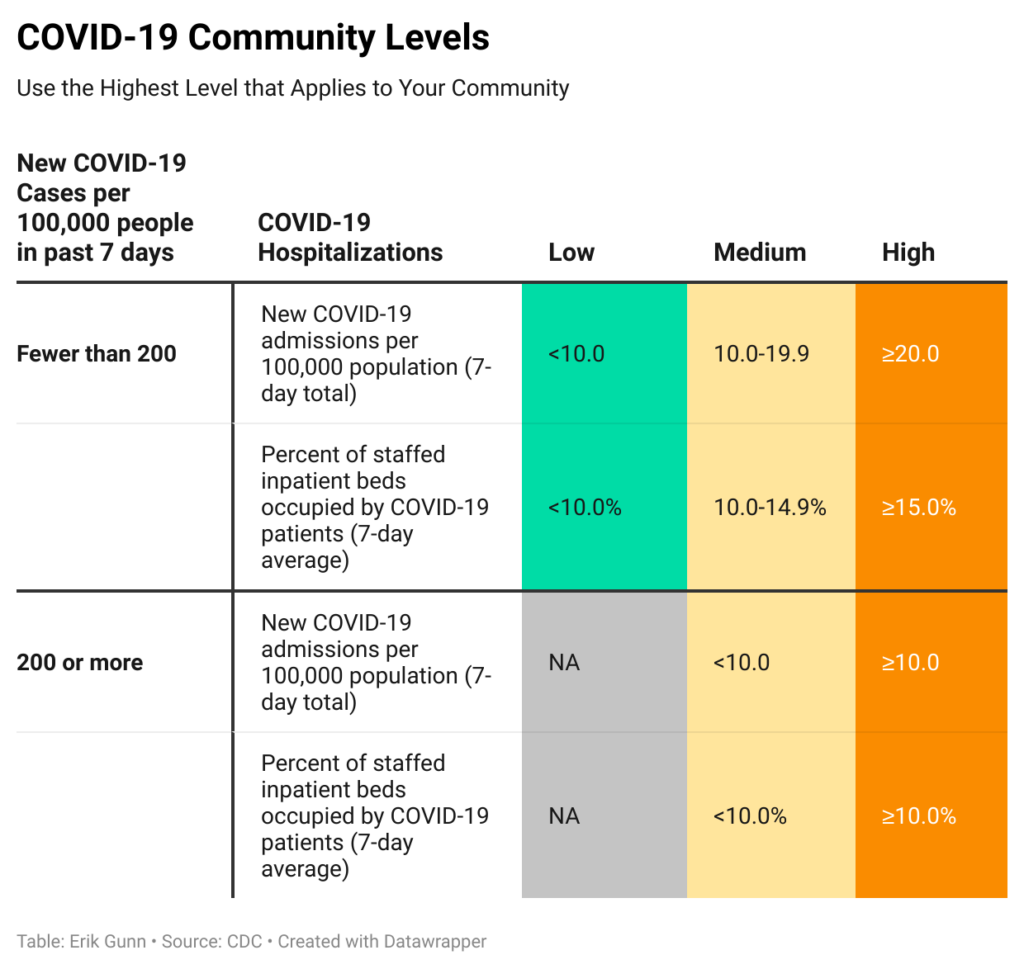 He beat her repeatedly. Family court tried to give him joint… by Megan O'Matz September 16, 2021
She helped create The Big Lie. Records suggest she turned it… by Cassandra Jaramillo June 9, 2022
How inequitable policies shape Milwaukee’s homicide rate by Isiah Holmes March 23, 2022