Republican state political campaigns raked in five times the amount of corporate money that Democrats did in the first half of this year, the campaign finance watchdog group Wisconsin Democracy Campaign reported Tuesday.

Before then-Gov. Walker rewrote campaign-finance law in 2015, those contributions would have been illegal to make or for any political party or politician to accept. 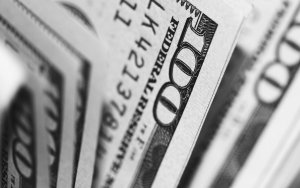 At a time when lawmakers were shaping health coverage for Wisconsin residents in the state budget, insurance industry donors collectively made up the top tier of contributors, with almost all of those donations going to Republicans. The Alliance of Health Insurers gave a total of $26,500, the Wisconsin Insurance Alliance $21,000, and health insurer Anthem $20,000. Of those contributions, $62,500 went to GOP groups; the remaining $4,000, all from the Wisconsin Insurance Alliance, went to Democratic committees.

The 2015 law for the first time in 100 years allowed corporations to donate up to $12,000 per campaign organization annually. Corporate donations cannot be used for direct contributions to candidates or for so-called “express advocacy” for candidates in elections, “but the money can be used for salaries of those who say which candidates should be supported,” Wisconsin Democracy Campaign noted in its report.

Senior Reporter Erik Gunn reports and writes on work and the economy, along with related subjects, for the Wisconsin Examiner. He spent 24 years as a freelance writer for Milwaukee Magazine, Isthmus, The Progressive, BNA Inc., and other publications, winning awards for investigative reporting, feature writing, beat coverage, business writing, and commentary. An East Coast native, he previously covered labor for The Milwaukee Journal after reporting for newspapers in upstate New York and northern Illinois. He's a graduate of Beloit College (English Comp.) and the Columbia School of Journalism. Off hours he is the Examiner's resident Springsteen and Jackson Browne fanboy and model railroad nerd.