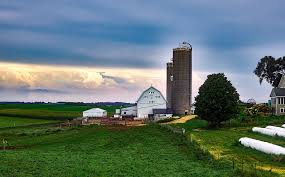 After four years in which environmental advocates say the state Department of Natural Resources was left powerless to regulate high-capacity wells, the agency will expand its environmental impact investigations of the controversial groundwater projects.

High-capacity wells, drawing more than 100,000 gallons a day, are used in large farming operations as well as by municipal water systems and certain water-heavy industries. As their number has proliferated in the state, some have caused consternation for nearby residents and users of natural bodies of water, because the high-volume wells can draw down area supplies.

“You see impacts to the waterways that are really, really damaging,” says Amber Meyer Smith, vice president of programs and government affairs for the environmental group Clean Wisconsin. Streams popular for fishing and other bodies of water have been substantially reduced by nearby high-capacity wells.  “It’s just like sticking a straw in a glass — and if you keep sticking a straw in a glass and somebody keeps sucking on it, the water level is going to go down.”

In 2016, the Wisconsin Attorney General at the time, Brad Schimel, issued an opinion declaring that, where regulating high capacity wells is concerned, the DNR had no authority to consider their impact on local bodies of water — despite a 2011 state Supreme Court decision explicitly upholding that authority. Schimel declared that a state law that was also passed in 2011 and signed by then-Gov. Scott Walker essentially overrode the ruling.

Guided by that opinion, the DNR went on to approve several high-capacity wells in subsequent years. Clean Wisconsin challenged the approvals, arguing that the DNR had ignored the wells’ impacts on state waters and had disregarded the 2011 Supreme Court ruling giving it authority to protect those waters.

A Dane County circuit court agreed, vacating all of the approvals except one. The state appeals court that sent the challenge on to the state Supreme Court declared that the 2011 high court affirmation of the DNR’s authority remained intact.

In light of the two court decisions, Attorney General Josh Kaul — who defeated Schimel in the 2018 state elections — on May 1 wrote DNR Secretary Preston Cole to say he was withdrawing his  predecessor’s 2016 opinion. The state Supreme Court case on the Clean Wisconsin lawsuit is pending; Kaul has filed a motion with the court asking it to side with Clean Wisconsin.

On Tuesday, the DNR announced it would no longer follow the earlier opinion, but instead would follow the 2011 Supreme Court ruling and “act pursuant to its duty to protect and preserve navigable waters under the public trust doctrine,” the department stated. “The department will make a fact-specific determination in each case and will consider environmental impacts when reviewing a proposed high-capacity well application if presented with sufficient concrete, scientific evidence of potential harm.”