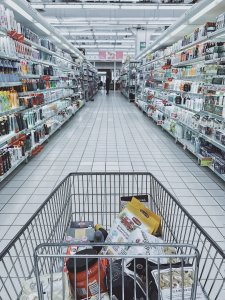 Trump administration plans to cut nearly 10% of recipients from the federal food stamp program could hit school lunch programs and cut savings rates for the working poor, a University of Wisconsin expert on hunger and food assistance programs warned Wednesday.

The administration announced plans on Tuesday to cut people with incomes from 130% to 200% of the federal poverty level from the federal Supplementary Nutritional Assistance Program, as food stamps are now called — about 3.1 million people.

Announcing the cuts, U.S. Agriculture Secretary Sonny Perdue claimed states had “misused” their ability to automatically extend SNAP to some beneficiaries of welfare programs. The U.S. Department of Agriculture projected that 9% of all households enrolled in the program, and 13.2% of all recipient households with at least one elderly member, would lose food stamps.

The proposed cuts target what’s known as “broad-based categorical eligibility.” Bartfeld said that policy allows flexibility for “modestly more generous income limits” and to relax or waive limits on assets when determining who is eligible. Even so, she said, benefits for those recipients are still calculated using the same formula for families who qualify under the standard rules. Net income after allowable deductions, which include work-related expenses or high housing costs, must still be below the poverty line.

“Under the current rules, benefits phase out gradually as income increases, such that families become better off — not worse off — as their earnings increase,” Bartfeld explained. “Under the proposed new rules, small earnings gains would lead to large losses in benefits. The rules would also discourage savings, yet we know that promoting savings is critical for longer-term financial security.”

Children who lose food stamps due to the cuts would also no longer be automatically eligible for free meal programs in schools. “Under current rules, kids who receive SNAP are automatically eligible for free school meals, without having to separately apply,” said Bartfield. “This approach — direct free meal certification for SNAP recipients —  is widely credited with getting school meals to more kids. Fewer kids on SNAP means fewer kids getting meals at school.”

It’s not clear how many Wisconsin residents would be affected by the administration’s proposed cuts. In May, about 615,000 people in the state — equivalent to about 315,000 households — received SNAP benefits. In 2018, 918,000 state residents took part in the program at some point during the year.