LeMahieu and Kapenga to lead state Senate next session

Members of the state Senate 2019 (Photo by Melanie Conklin) 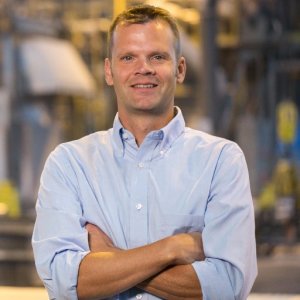 State Sen. Devin LeMahieu (R-Oostburg) will take the place of departing Sen. Scott Fitzgerald as the new Senate majority leader, after he was chosen Thursday in a closed Republican caucus meeting by his colleagues.

Also elected Thursday was the Senate president, who presides over the meetings, among other duties. Sen. Chris Kapenga (R-Delafield) will replace Sen. Roger Roth, who ran for majority leader, reportedly losing after several rounds of ballots to LeMahieu.

Neither LeMahieu or Kapenga held any of the six Republican leadership positions in the last session.

Republicans will hold 21 of the 33 state Senate seats — a net gain of two over the past session. Neither LeMahieu or Kapenga were up for election this year.

LeMahieu had not released a statement as of late Thursday.  Kapenga stated: 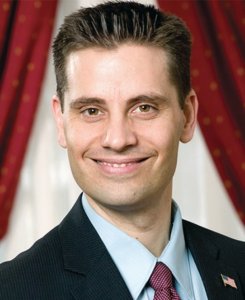 “I want to thank each of my colleagues for choosing me to be a part of the leadership team for the Republican Senate Caucus. It speaks volumes that we flipped two seats from Democrat to Republican in the state Senate and now hold a 21-12 majority. The people of Wisconsin see that our reforms are working. We will continue to push for limited government, lower taxes, and deliver meaningful results for the people of Wisconsin. I’m looking forward to getting to work as the new session begins in January.”

LeMahieu was first elected to the Senate in 2014. He represents areas of Sheboygan, Manitowoc and Calumet counties and currently sits on the Joint Finance Committee. According to his campaign website, he is the owner and publisher of the Lakeshore Weekly in Sheboygan County. His biography states, “As a legislator he is best known for being a champion for fiscal responsibility, reducing and reforming the tax code, and improving government accountability. He also supported efforts to eliminate the state property tax, partially repeal the personal property tax, and reduce borrowing.”

Kapanga was elected to the Assembly in 2010 and the Senate in a special election in July 2015.

LeMahieu and Kapenga to lead state Senate next session