ALEC Tweet on the southern border tour with Rep. Nygren in the back row.

On Monday, state Rep. John Nygren (R-Marinette) took a tour of the U.S. southern border in Texas that was organized by the American Legislative Exchange Council (ALEC) working with the Department of Defense, the Department of Homeland Security and the state of Texas. In a statement after the tour he said it provided “an opportunity for me to learn about the state of the southern border and and what happens there on a daily basis.”

ALEC, known for its conservative model legislation that has been passed into law in many states, including Wisconsin, is hosting its 46th annual meeting this week in Austin, Texas. Nygren, who sits on the ALEC board, is presumably at the conference early as a board member.

Nygren’s statement, released Tuesday, linked the reason he took the tour back to Wisconsin: “The southern border presents a critical challenge for every state in our nation. Drugs and other illegal substances flowing through the Mexican border are ultimately distributed nationwide, placing citizens in Wisconsin at risk.” 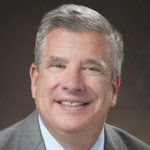 He followed with statistics from the Drug Enforcement Administration (DEA) on drugs entering the United States, but offered no personal reflections or information on what he witnessed or what was discussed. An Examiner request to interview Nygren about his experience has not yet received a response.

He concluded with his perspective on immigration policy: “The numbers don’t lie, this isn’t politics, this is a crisis. As Congress and the President work to tackle this ever important issue, I remain supportive of comprehensive immigration reform while at the same time strengthening our southern border. Our nation is facing a crisis and it is imperative that we find a way to stop it without hindering legal immigration into our great nation.”

Also paying attention to the tour were executive director Arn Pearson and researcher David Armiak of the Center for Media and Democracy, a watchdog group that has been investigating ALEC since 2011. They learned about the tour in advance from emails and other documents they obtained.

Here is some of what they shared on their website under “ALEC plans ‘confidential’ helicopter border tour in Texas for board members.”

“Former ALEC National Chairman and current board member Rep. Phil King (R-TX) arranged the trip with the Texas Department of Public Safety. ALEC board members will depart the JW Marriott Austin hotel at 6:30 a.m. for Camp Mabry, where board members will fly on a Chinook helicopter with ‘briefings at DPS headquarters.’ The group will then be ‘split into two groups and half go to boats and half go up in helicopters then swap’ in what is described as ‘a day of informational hands-on learning. ALEC’s Chief Executive Officer Lisa Nelson called the trip “an incredible opportunity,” in an email to board members.”

Additional questions Pearson and Armiak suggests Nygren share the answers to include: Who paid for the tour? Why was it called confidential by ALEC? What federal or state policy proposals were discussed during the tour?

Another important question that might give insight into future legislative actions is whether Nygren will attend a Homeland Security Task Force meeting on Friday at the ALEC conference. According to the ALEC program, topics there are infrastructure security, facial recognition and multiple topics under border security.

Any updates or responses will be reported here.