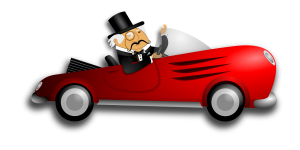 Nearly four out of five Wisconsin voters support raising taxes on the wealthiest Americans, with three out of five “strongly” in favor, according to a survey released today.

The poll was commissioned by Tax March, a campaign to repeal the Trump Administration’s 2017 rewrite of federal tax laws, and was conducted by Public Policy Polling. It was released in connection with the arrival of the “Tax the Rich” bus tour in Madison this morning to publicize the campaign and its objectives. The polls found that 62% of Wisconsin voters supported repealing the 2017 changes.

The automated telephone survey of 550 registered Wisconsin voters, conducted July 18-19, found that 79% favor higher taxes on the wealthiest 5% of Americans. And at least two-thirds of voters express support regardless of their political affiliation, with 67% of Republicans, 81% of independents and 90% of Democrats expressing support.

When the question is framed with reference to net household worth, support was slightly stronger, with 80% of all surveyed backing “raising taxes on those whose household wealth exceeds $10 million,” Public Policy Polling’s survey found.

The survey found broad agreement — 69% — with the assertion that as “the rich” employ tax loopholes, the rest of the taxpaying public bears a bigger burden, and with the remedy of an unspecific tax hike for the rich “so they pay their fair share , and make our tax system fairer for working families.”

A slightly smaller majority — 66% or two out of three voters — agreed that tax cuts favoring the wealthy had driven up national debt, endangering funding for popular federal social programs, including Medicare, Medicaid, and Social Security, and that raising taxes on the rich would protect the programs.

Public Policy Polling said the Wisconsin findings were in line with previous polls nationally on the issue.

Secret IRS files reveal how much ultrawealthy gained by… by Justin Elliot August 11, 2021
The hypnotherapist and failed politician who helped fuel… by Megan O'Matz May 24, 2022
Advocates use Tax Day to push for progessive tax policy… by Erik Gunn April 19, 2022